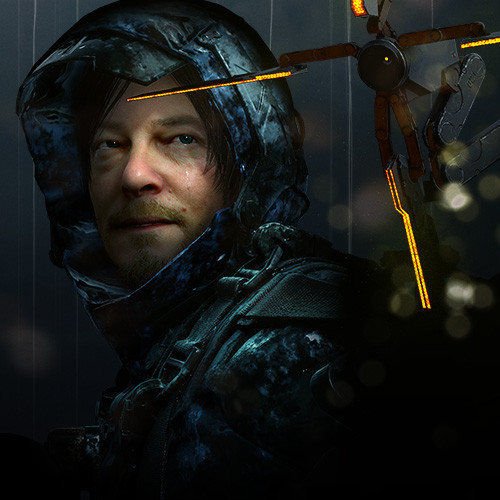 DEATH STRANDING has already solidified itself in the hearts of millions of fans around the globe, but now 505 Games and KOJIMA PRODUCTIONS are proud to announce the upcoming arrival of DEATH STRANDING on PC Game Pass. The original version of Hideo Kojima’s critically-acclaimed and genre-defying epic lands on the Microsoft ecosystem for the first time, available to audiences who are subscribed to the PC Game Pass.

Starring renowned actor Norman Reedus as Sam “Porter” Bridges, players on PC Game Pass will be invited to traverse the remnants of a devastated America plagued by a series of a supernatural phenomenon known as the Death Stranding. Journey westward to connect those remaining after humanity’s near-extinction. DEATH STRANDING tells a groundbreaking story of perseverance through an emotional adventure that those in the Microsoft community can now experience for the first time.

You’ll also be able to connect with people around the world via the unique Social Strand System as you contribute hard-earned resources to improve your surroundings as well as the worlds of other players. Strategically place highways, zip-lines, safehouses and other structures to make terrain more easily traversable and earn Likes from the community as well as promote unity by Liking player-created structures appearing in your own world.

DEATH STRANDING for PC Game Pass is available from August 23rd worldwide and is also available for purchase via the store here.

Behind the scenes with Troy Baker
Troy Baker recounts his time being on the set and playing the role of Higgs, the “Man in the Golden Mask.”
Read More
【Staff Interview】01. A Studio that answers to the aspirations of the creators.
This is the first of a series of staff interviews. We spoke with two members from the Art team, each in a different position. Let's take a closer look inside KOJIMA PRODUCTIONS through this interview.
Read More